The World Federation of the Sporting Goods Industry (WFSGI) is pleased to share with you the outcome of the May 2020 edition of its WFSGI Covid-19 Impact Survey. The results have been compared to the April edition of the survey in order to uncover the true practical impact of COVID-19 on the Industry, provide key insights on the actions of Industry leaders to manage the crisis, and track the key trends of the Sporting Goods Industry as the world progresses through the COVID-19 lockdown and the easing of restrictions into the ‘new normal’.

“The results of our May pulse survey show that COVID-19 is, as expected, having a sustained negative impact on our industry. However, there are flickers of positive information such as the partial recovery of supply chain disruption in Europe and South Asia that seem to suggest we are moving toward the recovery period.

We hope that this information continues to be of value to our members and to the broader industry and we thank the companies who have participated to date. We would encourage all companies to participate in the June edition so that we can continue to provide you with timely updates on the key industry trends in the exit and recovery periods.”

To provide you with the best possible information, we would encourage all interested sporting goods companies to participate in the June’s pulse survey, this survey is open to any sporting goods company no matter if you are a WFSGI member or not. No individual respondents information or company data is requested, the survey is completely anonymous and takes no longer than 3 minutes to be filled in.

Significant order decrease remains a challenge for the sector. While the situation has slightly improved for Europe and Northern America, the survey has shown a slight decrease of the demand in South Asia, the Far East and the African & Middle East region.

With regard to logistics some important improvements can be seen: factories seem to have re-opened at large scale as only half of last months respondents were confronted with closed factories of suppliers. Also, shipping companies seem to have increased their capacities again as only 12% of respondents face shipping issues which is a significant drop compared to last month.

Still a high 70% of respondents face supply chain disruption which remains one of the most serious consequences of this pandemic. The situation remains unchanged for the whole of the Americas and the African & Middle East region. However, there seem promising developments taking place in South Asia and Europe where the situation has substantially improved.

Half of the respondents are challenged by labor shortage. There are overall no important changes compared to last month except for: forced company closure has been faced as an issue by half as many people compared to last month. The same goes for shut down of public transportation making it difficult for staff to access the factories.

The numbers remain comparable with regard to regulatory measures taken by local governments specifically for the pandemic. There is a small decrease of less than 10% of respondents who are affected by regulatory requirements.

The same can be said for problems arising from low cash flow. It remains a crucial challenge for nearly 80% percentage of respondents and the situation has only minorly improved over the past month.

Still 90% see their business being impacted by this pandemic. There is close to no change compared to the situation in April, the majority of respondents still expect a drop of their business of 50%. The most affected regions remain Europe where 80% see a decline of their business and Northern America with 70%.

Industry confidence regarding the future outlook and recovery has changed compared to last month: Double as many people have pessimistic outlook as they don’t expect any recovery at all. In return the percentage of respondents expecting a full recovery has increased from zero to 7.5%. Timewise, double the number of respondents in May think that they will need more than one year to recover compared to April.

The selected measures to positively address the impact of the pandemic remain roughly unchanged compared to last month. The only noteworthy changes concern the fact that around 15% less people than last month will adopt lean production and consolidate production.

Planned measures to mitigate the impact of the pandemic remain generally the same. With 64% of respondents – that’s 10% lower compared to April – opting for increasing online sales, this seems to be the most promising solution. The only significant change is the number of respondents that will keep minimum inventories and wait it out. While only 16% selected this option in April, there are close to 40 % in May.

The most important repercussion for suppliers will remain lower business volume. But while splitting the order volume, brand companies try to maintain their supplier base. This trend has not changed. It’s worth mentioning that 15% less respondents than last month are expecting deferred payments to suppliers.

There is no variation in the answers seen regarding the priorities of the companies, it remains the same as in April with a focus on cash position selected by over 80%. The same goes for the brand companies expectations towards suppliers where there is just one change. While still close to 90% appreciated flexible suppliers, the importance of stability has doubled.

Regarding the future supply chain transformation the WFSGI has seen a strong adjustment in the answers. Lean supply chains were selected by three quarters last month and only 57% chose this option in May. Being cost sensitive has gained in importance, as nearly double the respondents opted for this answer. Sourcing priorities will not be changed according to half of respondents, this is an increase of nearly 15% compared to last month. Other changes are that half as many respondents have opted for both local to local and regional centric sourcing.

Sustainability as a upcoming market trend has suffered a loss as only 50% of respondents – compared to 70% last month – consider environmental friendly products as key drivers of the industry post COVID. Also, recycling remains important for 46%, down 14%.

On the other side price point centric measures, chosen by over half of respondents, are double as important as last month.

The industry remains split on which sports would be most prevalent post COVID-19. Around 70% of respondents see running and outdoors as the most appealing sports after the pandemic.

Manage Cookie Consent
To improve and personalize your experience, the WFSGI and its partners use cookies.
By clicking on the Accept button, you authorize the use of cookies to collect anonymously data concerning navigation of this website and you adhere to the WFSGI Privacy Policy and Data Protection.
Manage options Manage services Manage vendors Read more about these purposes
View preferences
{title} {title} {title}

Corsearch supports thousands of global brands, law firms, and IP professionals to simplify their work and maximize their time with advanced brand protection and trademark solutions. In a complex world, Corsearch makes it easy for brand owners and legal professionals to manage their brands and content from clearance to protection. A partner to more than 5,000 brands and law firms globally, Corsearch offers a mix of innovative technologies, skilled analysts, and a customer-first approach that empowers its clients to work more effectively. 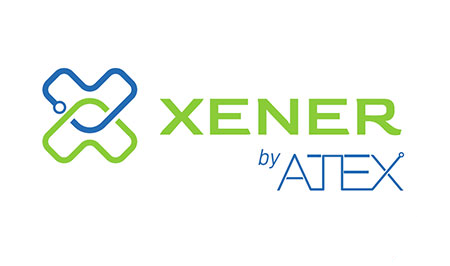 XENER & by ATEX is the Made in Italy excellence in the design and production of lithium battery packs, BMS, motor drivers, integrated with IoT technologies, for the e-mobility industry and off-grid devices.

Thank you very much for your request to download the WFSGI & McKinsey Sporting Goods 2022 Report! The report has been sent to your email address. 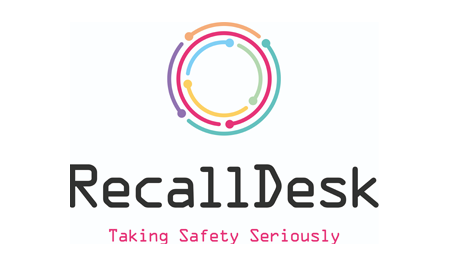 RecallDesk is specialized in product recalls. Either big or small, recalls are complex just the same and need to be managed properly. RecallDesk is unique in offering a combination of services that can be tailored to the needs of the client facing a (potential) recall. RecallDesk offers both legal, risk management and operational support. With our expertise and experience, we can lead or complete your recall team. This will add value to your team and save you time, stress and ultimately money.

GLOBAL SPORTS is one of the world’s leading specialist careers platform for the international sports industry. WFSGI partnered with GLOBAL SPORTS to offer its members the possibilities to promote job opportunities in the business of sport.

Thank you very much for your request to download the WFSGI & McKinsey Sporting Goods 2021 Report.

GET CONNECT TO AN UNRIVALLED PROFESSIONAL NETWORK

The WFSGI provides THE unique platform for members to exchange easily and openly on non-competitive issues, to develop common solutions, and to benefit from significant economies of scale (i.e. time and money savings)​

The WFSGI offers an unrivalled network, facilitating the development of synergies among its members including industry leaders, decision makers and experts covering the whole supply chain (manufacturers, brands, retailers) and beyond (international federations)​

GET IN TOUCH WITH THE INFORMATION THAT MATTERS

The WFSGI gives its members access to emerging knowledge, reports and recommendations that will shape the industry. The Members Only area of www.wfsgi.org, provides confidential background information, committee minutes, and other timely updates about important changes to industry norms and standards.​

The WFSGI is in liaison with several Committees of CEN and ISO and does also report back to its members in case of important updates in the international standards and regulations.​

The WFSGI offers free webinars with experts and industry leaders on specific topics that are of interest for the industry (and on demand).​

DEFENDING THE INDUSTRY ON THE FRONT LINE

The WFSGI is the exclusive legitimate entity to represent the industry’s interests across the globe before:​

Whether for promoting sports participation and well-being, pushing for fair trade, or lobbying for more favorable regulations, the WFSGI is at the constant service of its members, to defend the industry on the front line.​

EVENTS THAT BRING LIFE TO THE INDUSTRY

The WFSGI organizes and hosts several events during the year:​

· The World Manufacturers Forum (WMF) which is a specialized event covering manufacturing issues and taking place at various locations. ​

· The World Sports Forum (WSF) which is dedicated to specific topics and is concurrent with the WFSGI General Assembly at ISPO Munich.​

· The World Cycling Forum (WCF) which is specifically oriented towards the bicycle industry’s concerns.​

The WFSGI is also regularly invited, as speaker, to trade shows and events, and usually hosts a session at the WTO Public Forum annually.​ 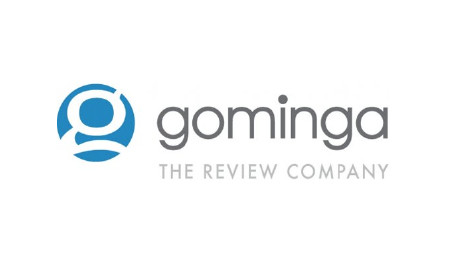 Gominga provides a software solution that enables tool-based interaction with the customer: review management in one-stop shop and on various eBusiness platforms. WFSGI partnered with Gominga to support its members in managing online product reviews. 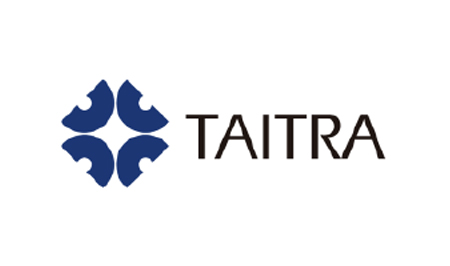 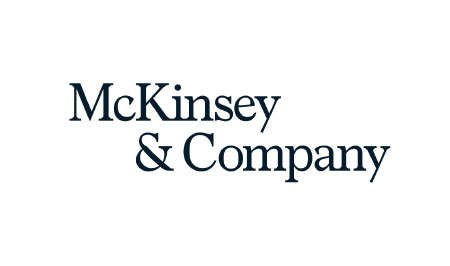 McKinsey & Company is a consulting firm advising on strategic management to corporations, governments, and other organizations. WFSGI partnered with McKinsey & Company to support its members in understanding their business environment and take the right business decisions. Among others, sports brands and retailers have been advised on how to cope with the “new normal” that is shaping as a result of the Covid-19 pandemic. 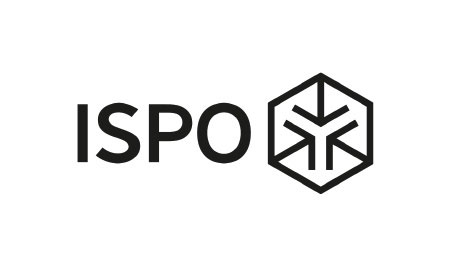 ISPO is the s the world’s largest trade fair for sporting goods and sportswear. WFSGI partnered with ISPO to enable its members to benefit from a couple of ISPO discounts (booths, entrance tickets).